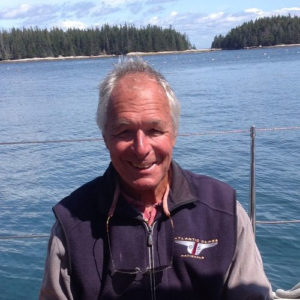 Will Taylor, now an honorary board member after serving on the board for 9 years as Development chair, Treasurer, and Endowment Campaign chair, is most likely to be found playing duplicate bridge these days, a hair’s breadth away from reaching Life Master. A graduate of Yale University, Will’s career included working for Time Incorporated in its heyday in addition to founding and running an event company. He has been spending his summers in Downeast Maine since 1942, first in Camden, then in Blue Hill and in 2009 he became a full-time Blue Hill resident. He is an indifferent but enthusiastic golfer, pretty good sailor, celestial navigator, fly fisherman, and has been very happily married to his wonderful wife Phyllis for 56 years.
— By Amanda Provencher